Our first year A basketball team won the division 1 Dublin and region basketball final, against Maynooth Post Primary. The scoreline was 12-14.

Our second year A won the Division 2 final against St Mary’s, Glasnevin. The score was 11-2. 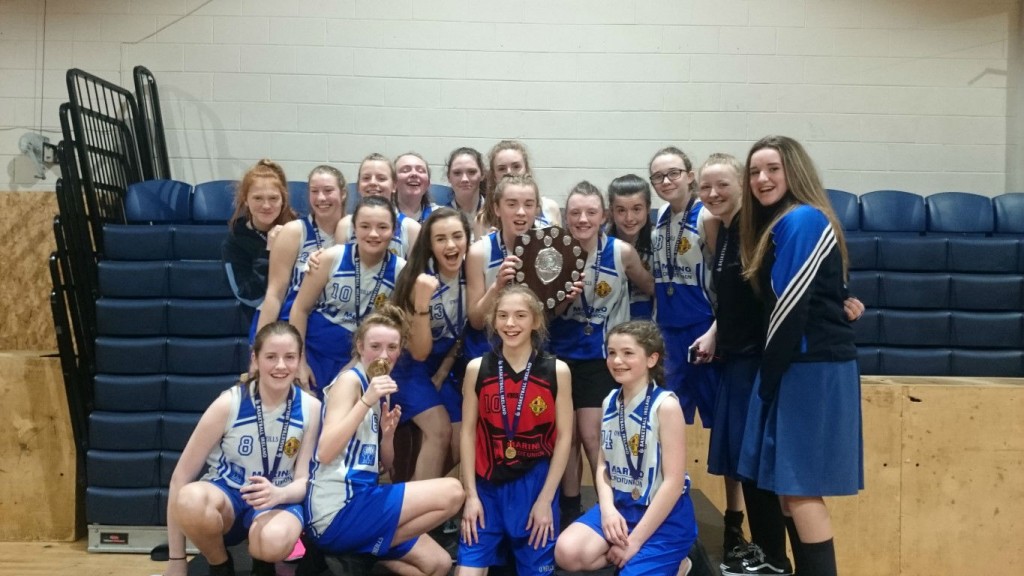 It has been a very impressive year for our basketball players. Augmenting the success in the finals in January of the u16A and 19B teams, our second year A team added themselves to the roll of honour with an exciting three point triumph over Skerries C.S. Anna Heavey was named Most Valuable Player.

Our first year A team also showed a lot of promise but lost by one point after extra time in their semi final, “thanks” to a disappointing performance by the referee.