On Monday December 15th, Maryfield Transition Year students took to O’Connell Street to ‘Sing for Simon’ and raise money for the homeless.

A group of girls led by Dolores Horan and Gretchen Ganly gathered lyrics for a collection of carols and popular Christmas songs as well as organising backing tracks for all these numbers. Meeting under the famous Cleary’s clock at 10.15am we donned our Simon Santa hats and t-shirts and sang our hearts out for two hours. Some dancing helped keep the cold at bay!

Our girls certainly proved very popular and made a significant impact on the city centre streetscape, with lots of passers-by stopping to take pictures and videos. The generosity of the Dublin public, along with the festive enthusiasm of our girls, led to the staggering sum of €1172.84 being raised within two hours. What a fantastic achievement!

Thanks to Ms. Byrne, the two Ms. Flynns and Ms. Fitzpatrick for helping on the day and to Mr Dave Hardy for supplying the amplifier for the backing tracks. It was a great day and the Simon Community was thrilled with the donation. Thanks to all the Transition Years too. As usual they flew the flag brilliantly for Maryfield.

Ciarán and Martin Tourish visited Maryfield’s Music Department on Thursday 4th December 2014, much to the delight of music students and teachers alike! Ciarán is a well known member of the Donegal band ‘Altan’ and is regularly listened to and talked about by Junior and Leaving Certificate students. It was a fantastic opportunity to have traditional music celebrities in the school!

Ciaran and Martin focused on stylistic elements of performance and ornamentation. It was impressive to watch the students introduce these elements into their own playing with such ease.

The workshop was of interest to all music students, including those who play in other musical genres.

Ms. O’ Toole and Ms. Lonnergan have been instrumental in encouraging the students and bringing the workshop to the school. 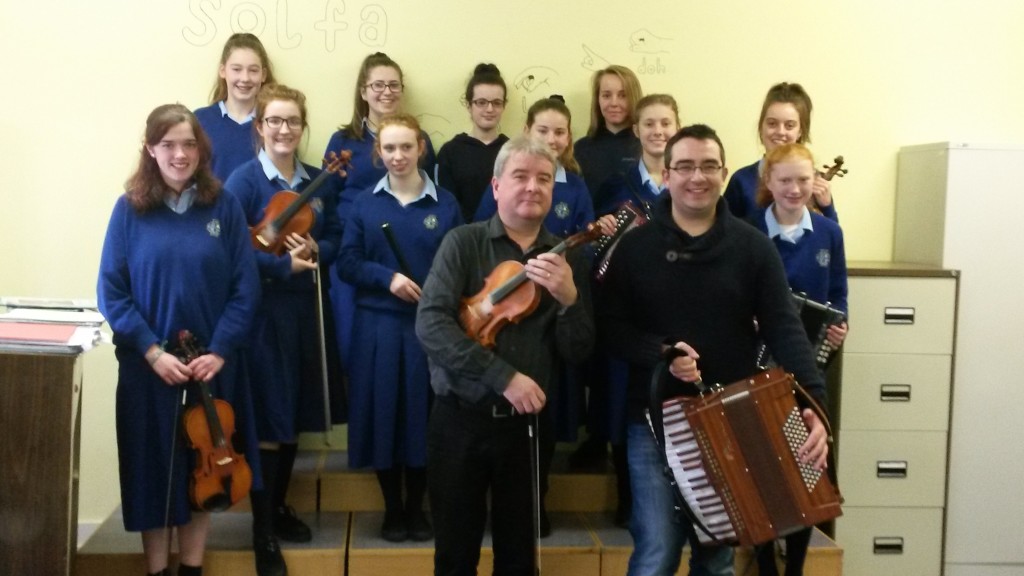