Well done to the first year A team who won 28-6 against Maynooth PP. 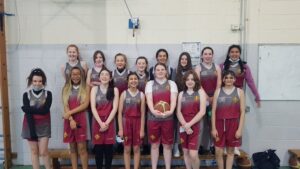 The Enterprise Club were busy today delivering out Valentine’s treats to some lucky students & teachers around the school. Thank you to everyone who supported our Sale last Thursday. 10% of each sale will be donated to Make a Wish Foundation.
Congratulations to Mr Dempsey who won the ‘Guess how many Hearts in the Jar’ competition with a lucky guess of 126! Enjoy 🍬

Here are some of the winners from the art competition held as part of Catholic Schools Week. The students were asked to draw or create their image of God.

This meeting also provided an opportunity for the teachers involved to connect with other teaching colleagues in the Le Cheile community regarding Student Leadership and ethos in action. As part of the gathering, everyone was divided up into Breakout Rooms, where the students got to talk to each other, and were able to share and highlight the many great things that happen in their school community involving student leadership and action.

The students enjoyed the gathering and perhaps have brought some new ideas back to Maryfield.

Since St Brigid’s day is officially a national holiday starting from next year, this year was the last year where schools would be open for St Brigid’s Day. To celebrate this joyous occasion, On the 1st of February this year, Le Chéile organised a zoom meeting where all Le Chéile schools could gather to show their appreciation for St Brigid, and her core values evident in each Le Chéile school. I had the honour of participating in the celebration and I really enjoyed it. The day started with introductions given by the CEO of Le Chéile and then it moved onto the showcase and share where presentations were made by different schools to showcase the values of St Brigid evident in their schools. I thought all the presentations made by each school were well done. I especially enjoyed the song that was sung by one of the schools. The song was an original written by a student in the school and it showed the talent and creativity found in the Le Chéile schools. It made me reflect on how being a part of Le Chéile has allowed schools to harness their students’ abilities and give them an opportunity to reach their full potential. After the showcase and share, we were put into breakout rooms. This was my favourite part of the day because it allowed me to connect with students from other schools across the country and abroad! We had a chance to talk and present our schools to each other. There were about six other schools in my breakout room, and I really liked how small the breakout rooms were because we all had a chance to talk and converse. When it was my turn to talk, I had so many things I wanted to talk about, but I settled on talking about the One Million Stars project we started doing in school that aims to end violence against women. I wanted to talk about something that was important and something I was proud of doing in school. I also hoped that other schools would hear the idea and would be inspired to also start the project in their own schools. Not only was I able to represent Maryfield and present what we had to offer, I was also lucky enough to take from the experience, new ideas that can be brought into Maryfield such as the initiative to cycle to school or including learning about all the languages found in Maryfield into our intercultural club. I am so thankful to have been asked to be a part of this celebration and I enjoyed and learned a lot from this occasion.

My experience in the showcase and share with Le Cheile was very special and moving. I thought it was incredible the way so many schools were connected and were able to spread the things and events that make their school special. I really enjoyed watching the videos that were presented during the meeting as I think they were very impactful as they showed you a visual of all the amazing things they do, whilst watching the videos it just put you in a great mood and made you want to do all those things too. During the zoom meeting I learned that our school and all the other schools celebrate similar events and have similar procedures, but we all do them in different ways. By attending the zoom meeting, it really opened my eyes to some of the ideas that other schools shared and made me want  to bring and spread those ideas in our own school. I think by attending the showcase and share, it really made me want to make a difference in our school and make our school have an even better atmosphere, including environment and do things that don’t just benefit us in Maryfield, but the wider local, national, and international community. Overall, I think the Le Cheile St. Brigid’s day Showcase and share made everyone feel touched and motivated to do amazing things in their schools and made everyone feel included in an experience that will change the way all the schools approach all these events, holidays, social issues, and problems in their schools. I am very grateful to have had the opportunity to participate in such a wonderful and impactful event.

Well done to the second year A team who marked their debut with a 10-6 win over St Dominic’s, Cabra. 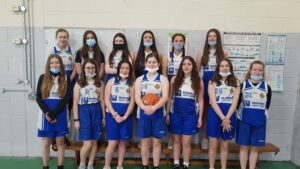 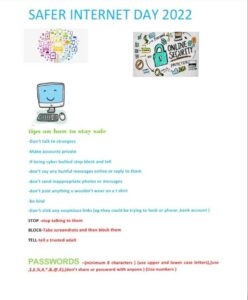 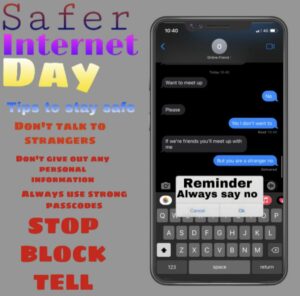 Check out the posters our first years created to raise awareness about safety on the internet. Safer Internet Day is Tuesday, 8th of February.

Next Tuesday, February 8th, is Safer Internet Day. In preparation for this day, students will be learning about the importance of online safety, respectful communication on social media platforms and managing their wellbeing online, in Digital Media Literacy.

This week, students are asked to create a digital poster promoting online safety and include their top tips for developing positive online habits to manage their wellbeing.

This competition is open to all students in the school. Digital posters should be submitted to Mr Smith via teams by Monday 7th February. The winning poster will be announced on Tuesday the 8th and displayed on the school’s website and twitter account.

If you have any questions regarding this competition, feel free to ask Mr Smith, Ms Clancy or Mr Dempsey. 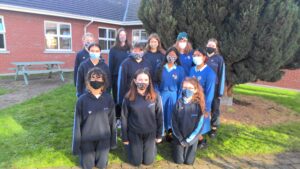 This year’s current Student Council members are a determined and dedicated group of Maryfield students. Over the past number of months the Student Council have had weekly meetings discussing topics such as organising competitions,, events and coming up with new ways to resolve any issues that arises in school. Since forming in October, this year’s Student Council have accomplished several achievements so far:

At the start of the year, we carried out our weekly toilet checks to each year group’s toilets as well as wire checks to ensure a safer and cleaner school.

We had a meeting with Ms. Ryan who spoke to us about CAO booklets for the future and current senior cycle students. We also discussed the school’s digital learning strategy with Ms. McCoy.

We organised our 12 Days of Christmas competition in December in collaboration with the music department. The competition was a huge success, each year got involved with answering the festive questions. We would like to say a massive thank you to all the students who got involved in our competition.

Most recently, we have begun the process of organising ISIC cards for Maryfield students, which will begin this week. If you would like an application form make sure to come and collect it from us before the due date.

If you any issues or concerns please make sure to inform your student council representative.